Italy is famous for the abundance of Christian holy places. Thus, the city of Bari, the capital of the Italian region of Apulia, is famous for the basilica, in which the relics of Nicholas the Wonderworker are kept.

Every believer in the world dreams to visit here. The miracles of the saint are known from various amazing legends that have changed the lives of people for the better. Saint Nicholas is a prototype of Santa Claus. There is a story about how he saved three sisters, whom their father wanted to sell for coins. On Christmas Eve, the Wonderworker threw a pouch of gold coins into the chimney of the poor man, and his daughters remained free…

Saint Nicholas is the patron of orphans, prisoners, sailors, and travelers.

This place attracted us too. So, on December 6th – the day of the memory of Saint Nicholas, we left Milan for Bari. We drove about 15 hours by bus. 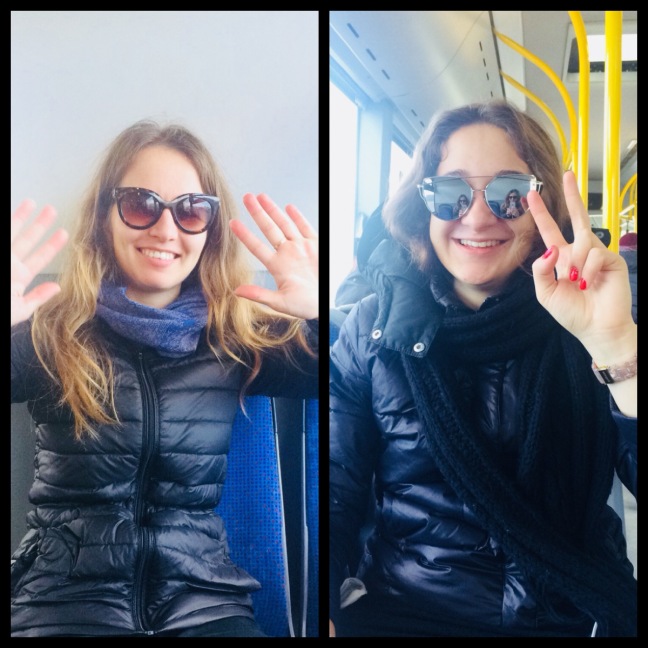 We arrived early in the morning. The walk from the bus station to the basilica takes about 15 minutes. You need to take the exit to the seafront “Lungomare Imperatore Augusto” and go straight to the north.

The basilica is located on the Adriatic coast. The azure color of the wave, the sea breeze, and the cries of the seagulls add to this place a special magical feeling.

The basilica dates back to the 11th century, when the Barians brought the relics of the saint from the city of Myra. 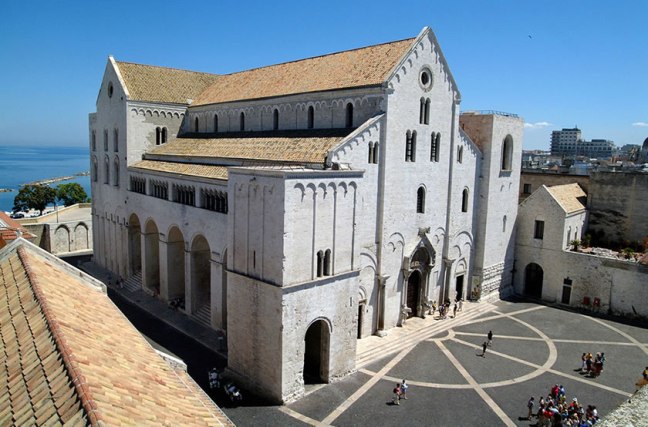 About 10 am we entered the temple. And, to our surprise, we got there right at the beginning of the Catholic wedding of a young couple – the sailor Stefano and his bride Graziana.

The atmosphere inside the basilica was beautiful. Smiles were shining on the guests’ faces, while the groom stood at the altar waiting for his beloved one. And now…the organ sounds…the father and Graziana enter. He confidently leads her daughter by the hand to the young Stefano.

The Catholic wedding begins with a liturgy, a prayer, and a sermon, by which the priest once again emphasizes the importance of this step for the newlyweds.

The ceremony lasted about an hour. After that, guests exchanged handshakes and smiles. Everybody went out on the street, where guests took photographs with the young couple and presented their gifts.

We returned to the temple to touch the relics of Saint Nicholas.

To get to the relics, you need to go down into the underground church – the crypt. The entrance to it is to the right of the altar.

It was here that the relics were buried for many centuries, until the sarcophagus was found during the great restoration of the church in 1951.

Now the relics are kept in the very center of the crypt, fenced off by a high iron grating. You can touch the relics only once a year – in May, when they open the crypt and take out the chrism.

We spent about 3 hours in the temple. The place has a very strong energy. It is filled with positive emotions. We left with a feeling of joy and hope and, as if, spiritually stronger.