(BBC News) — Rome sees snow for the first time in six years while other cities also have freezing weather. 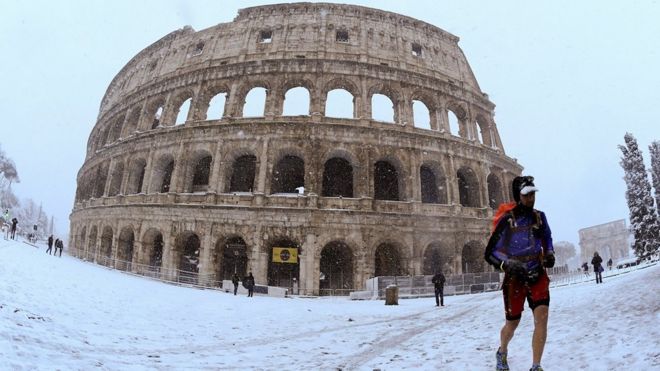 The rare snowfall in Rome did not stop this man from running next to the Colosseum. Freezing temperatures are expected to continue for a few days. 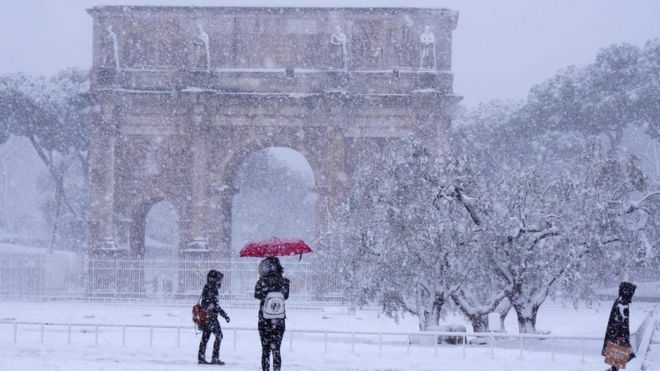 Tourists still visited the nearby Arch of Constantine. But not everyone was having fun as transport was disrupted and schools were closed. 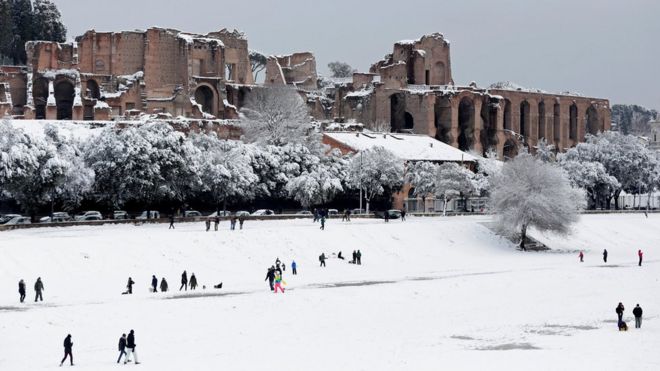 People enjoyed themselves at Rome’s Circus Maximus. But train stations are now serving as emergency shelters for the homeless. 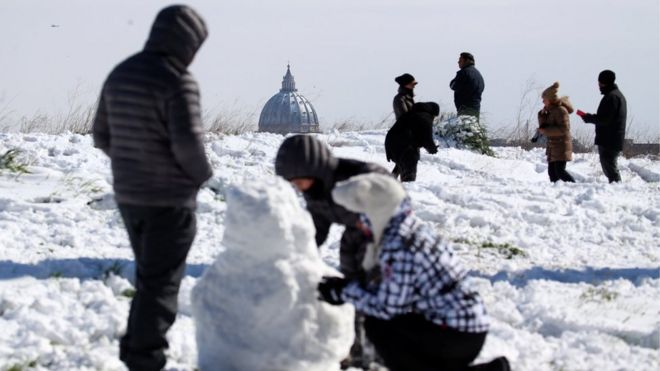 St Peter’s Basilica is seen in the background as people gather at the Circus Maximus. 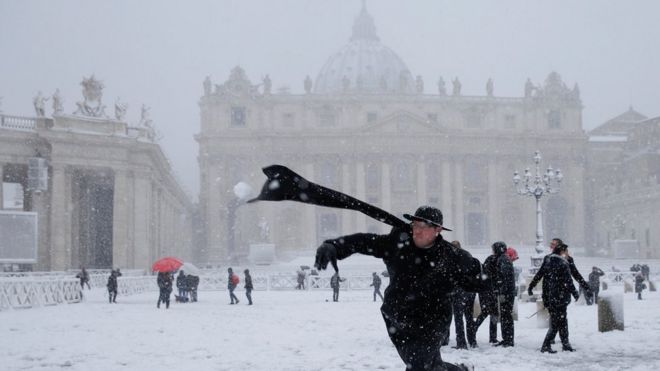 A young priest plays in the snow in St Peter’s Square. Chill winds from Siberia have put much of Europe in a deep freeze. 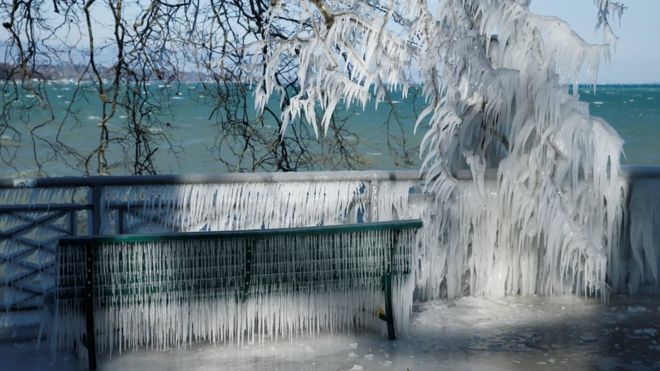 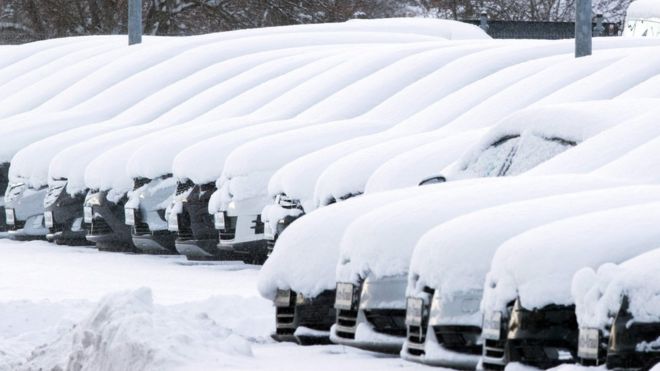 Germany is also blanketed in snow. There are fears that shelters for the homeless in Berlin may fill to capacity. 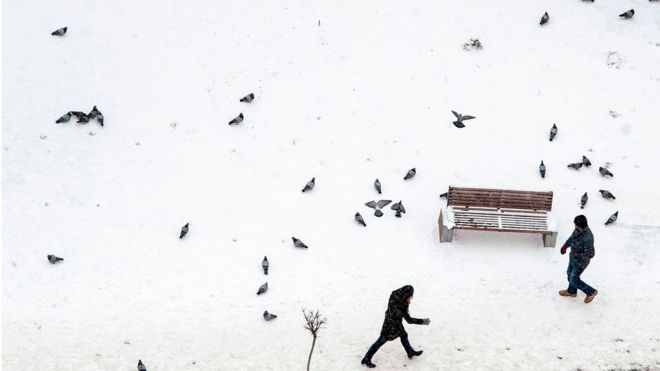 Snow has also fallen across parts of France, Sweden and Austria. This street in Kosovo’s capital Pristina was completely blanketed.