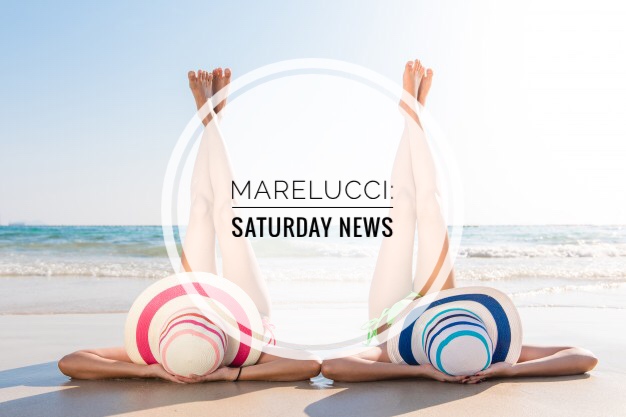 They called her Emma – after the storm she was rescued from.

People went the extra mile for other people too. UK National Health Service workers all around the country battled through the dreadful conditions to get to work.

Scientists stumbled across more than 1.5 million previously unknown Adélie birds in the Antarctic. They captured penguins looking right into the camera!

Because even Emperor penguins know…when you stumble across a camera…

You HAVE TO take a selfie!

Baby Parker went viral after her mum posted a photograph of her, mesmerized by Mrs Obama’s official portrait.

Maybe one day I’ll proudly look up at a portrait of you.

A charity set up in the name of Philando Castille has wiped out the school lunch debt of every child in his local school district.

Mr Phil was shot dead by police in Minnesota in 2016. Before his death, the guy supervised a lunch programme in a local elementary school and often paid out of his own pocket for children who couldn’t afford it.

Philando Feeds the Children exceeded all expectations and fundraising targets – and raised enough to pay off the lunch debts of 37,000 children in 56 school districts.

Would you buy a lunch for a child who can’t afford it? Or would you take a girl out for a coffee?

3-year-old chimp Mussa became an internet star after he appeared in a rescue-mission video shared by Lwiro Primates, a sanctuary for chimps and monkeys in the Democratic Republic of Congo.

Lwiro Primates learned about Mussa through a photo that was circulating on WhatsApp. They rescued Mussa from a man who was also illegally keeping protected reptiles in his home.

Fortunately, Mussa is beginning to adjust to his new surroundings. He is spending his quarantine with four other babies also orphaned of poaching. He is much more confident now playing with them and laughing, even if he is still very attached to the keeper. And apparently, his eye expression is very special!

The pilot Anthony Caere wrote on his Facebook page:

This looks cute but is actually a sad story. He should be with his mum… But happy we could give him a new good home!

Caere is the head pilot for the park’s four-plane Air Wing. He inspects poaching sites and carries out medical evacuations.

In his New Year speech he said:

One of the little things I wish for this year is that we all do only that little extra effort for our beautiful, endangered planet, its nature and its animals.

If our kids still want to see wild animals here in 20 years, well, then, we need to act now. Don’t give up on our beautiful planet.

What do you think? Are we taking a good care of our Planet? How can you as an individual help keep it for the next generations?