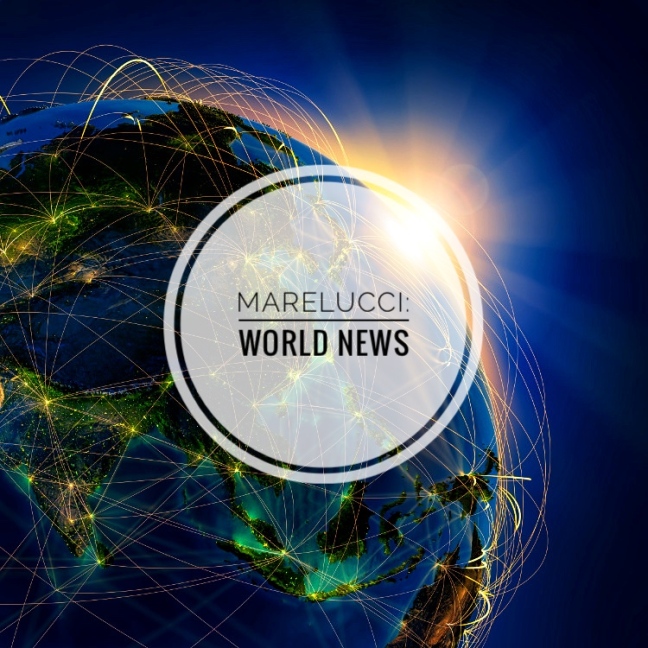 On behalf of all daughters, we want to tell you how grateful we are for having you by our side. For guiding us. For protecting us. For loving us the way no man could ever love.

God bless you and grant you many-many more years!

Our warmest congratulations to Mr President!

Quoting the head of the federation council, Valentina Matviyenko:

“It is now obvious to everyone that Putin pursues an independent foreign policy and stands up for the national interests that the citizens of our country share.

How many votes did he get?

Vladimir Putin has ruled the country as either president or prime minister since 1999.

Will he run again in 6 years?

Quoting him answering to reporters after the results were announced:

“What you are saying is a bit funny.

The world-famous physicist Stephen Hawking died at his home in Cambridge earlier this week at the age of 76. Apparently, he left behind a final research paper, which was completed on his deathbed.

What was in that paper?

Hawking predicts that our universe will eventually fade into blackness when stars run out of energy. He previously theorized about the end of the Earth by estimating we have about 100 years left to “colonize another planet” before doomsday.

It also presents the theoretical basis for how a space probe could search the cosmos for evidence of a ‘multiverse’ – a theoretical multitude of universes that exist alongside our own.

The paper’s title, ‘A Smooth Exit from Eternal Inflation,’ refers to an element of Hawking’s ‘no-boundary’ theory, in which he proposed that our universe expanded from a tiny point after the Big Bang.

What does it mean?

His theory suggests the Big Bang that produced our universe was just one of an infinite number of Big Bangs, each producing their own universe. The new paper aims to make the multiverse easier to grasp, turning it into “a testable scientific framework.”

Hawking was considered a visionary in his field and made many predictions about the future of mankind. He believed humans could soon be replaced by artificial intelligence.

You are right. It has begun.

Police said the accident happened at night, while the car was in autonomous mode. A human monitor was also behind the wheel.

Apparently, the woman, Elaine Herzberg, was not using a pedestrian crossing. She was taken to a local hospital, where she died.

Anthony Foxx, who served as US Secretary of Transportation under former President Barack Obama, called the accident

a “wake up call to the entire [autonomous vehicle] industry and government to put a high priority on safety.”

Uber said it is suspending self-driving car tests in all North American cities after a fatal accident.

What do you think? Should self-driving cars be allowed? What dangers does it impose? And what does it mean for the jobs market in the taxi industry?